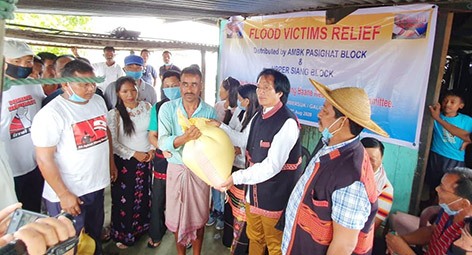 The kebang contributed about 57 quintals of rice and other food items, such as dal, potatoes and salts, which were distributed among the flood-affected families of Bahir-Jonai, Rayang-Bijoypur and Gali-Sikari panchayats in Jonai circle, the AMBK informed.

In the previous year too, the kebang had provided relief items to the flood-affected people of Dhemaji, Gogamukh and Majuli areas of Assam.

The AMBK is an organization constituted five years ago by community leaders of both the Adi and the Mising tribes of Arunachal and Assam. It works for the welfare of the people of both the communities.