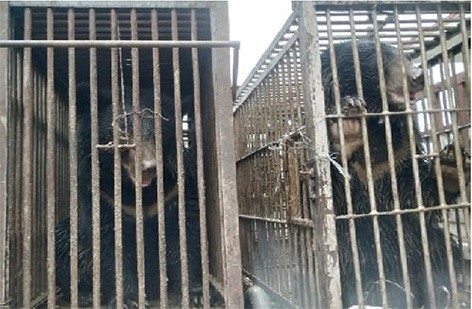 KHONSA, Sep 12: Two Himalayan black bear cubs rescued from Dadam in Tirap district were transported and handed over to the authorities at the mini-zoo in Miao, in Changlang district, on Friday, under the supervision of the officials of the Khonsa forest division.

The two abandoned bear cubs had been rescued by one Tangriat Nokbi of Moktowa village from the dense forests in Dadam circle. Later, the cubs had been handed over to the then Khonsa West MLA Tirong Aboh, who took care of the infant bear cubs. The bear cubs are now grown up and in good health.

MLA Chakat Aboh, the wife of late Tirong Aboh, desired that the two cubs to be handed over to the authorities at the mini-zoo in Miao for their safety and upkeep. (DIPRO)