Papum Pare reported 33 cases with 17 being GREF personnel and 14 in check gates.

Of the total 221 cases, 46 are reported to be symptomatic which is the highest so far.

A total of 121 people have been discharged with the highest being in the capital region (see report P-3).

On Wednesday, 2753 samples were collected.

A total of 1440 people are in state-run hospitals, while 452 are in home isolation, according to the health department.

Thirteen people have died of the virus in the state, including three frontline workers. 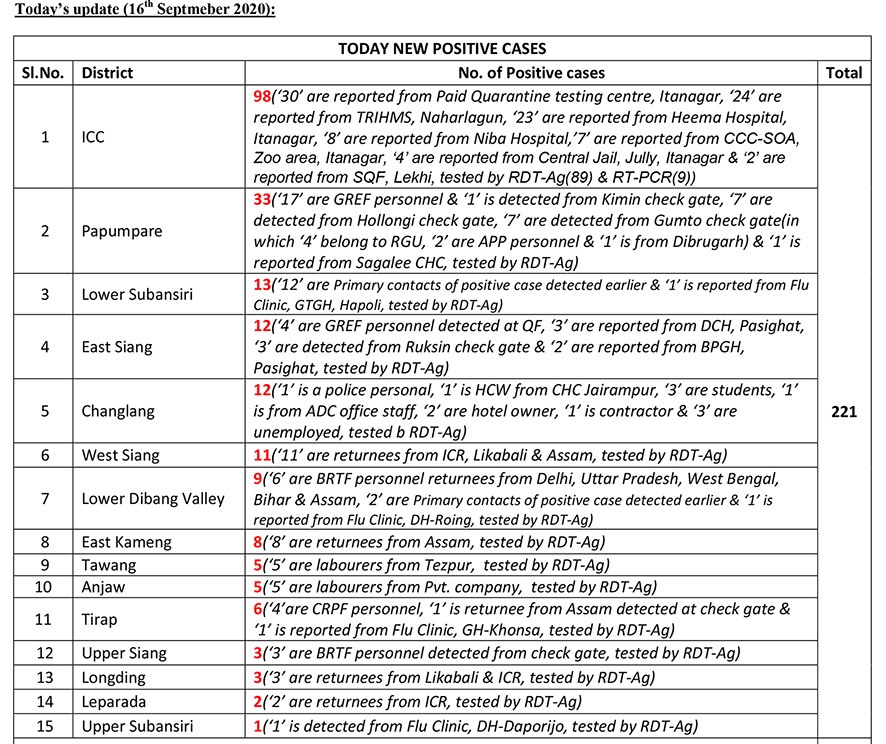