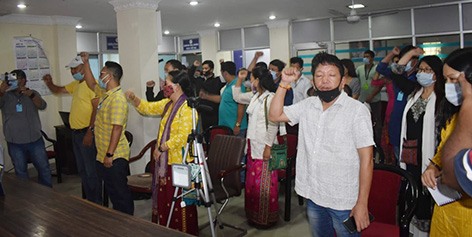 ITANAGAR, Sep 25: The state BJP virtually observed the 104th birth anniversary of Pt Deendayal Upadhyaya – the ideological guru of the BJP – throughout Arunachal on 25 September.

Besides the party’s state headquarters, the day was observed at the mandal and district levels also.

As part of the programme, state BJP vice president Ojing Tasing launched the Sukanya Samriddhi Abhiyan – a campaign for the girl child, which will be spearheaded by the Bharatiya Janata Mahila Morcha.