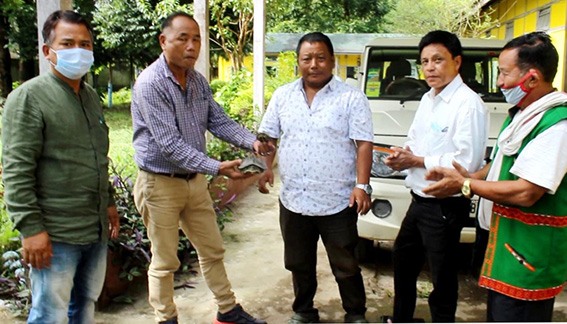 Correspondent
PASIGHAT, Oct 7: Two turtles of endangered species were rescued and handed over to the forest department by one Oni Tamuk here on Wednesday.

Tamuk, who is the District Congress Committee president of East Siang, reared the turtles at his home for the last three days and later handed them over to the forest department.

The turtles were later released at Komolighat, Siang river by the forest officials.