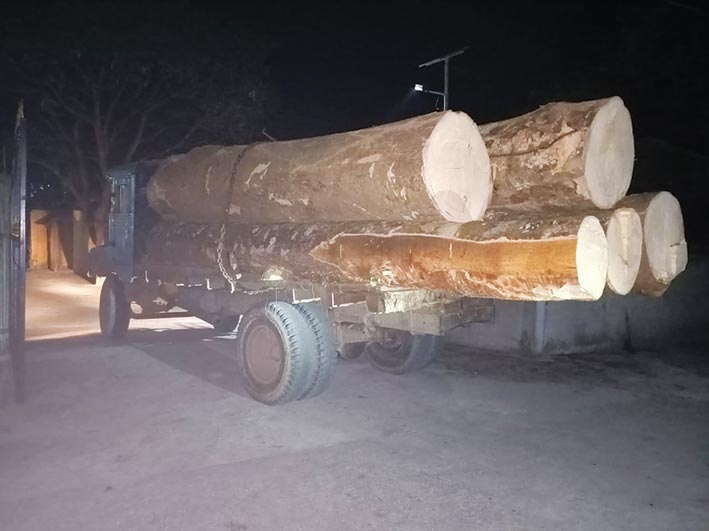 ROING, Oct 14: Six trucks laden with 28 logs of illegal timber were seized by the Roing unit police, leading to the arrest of nine people from the Bhismaknagar-Digaru road near Athano village here in Lower Dibang Valley district on Tuesday.

On receiving information about illegal timber smuggling from the area, a police team headed by DSP Ringu Ngupok placed a checkpoint at the Bhismaknagar-Digaru road.

Reportedly, at around half past midnight, six trucks without any number plates on them, loaded with the

illegal timber, were intercepted at the checkpoint.

Police reports say that no valid documents were found in the possession of the owner, drivers or the handymen, who belong to Namsai and Lohit districts.

Reportedly, the arrested accused disclosed that the timber was indeed “illegal” and was being “taken to Medo and Chowkham.”

A case under section 379 IPC R/W SEC. 25(d) AFR ACT has been registered against the accused, and further investigation is being taken up.

As per police reports, all nine arrested are in police custody. While five of the trucks are now in the Roing police station, one of the trucks had to be left behind because of a mechanical defect in the vehicle.