The advisors shall assist the ministers and the government in expediting its functioning and monitoring the ongoing projects.

The MLAs who were appointed advisors were handed over appointment orders by Chief Minister Pema Khandu in a small function at the chief minister’s office this afternoon.

“These appointments have no financial implication whatsoever to the state exchequer,” said Khandu, while also clearly stating that “They shall not be entitled to any emoluments, remuneration, perks and facilities.”

Khandu further said that these appointments were necessitated to instil the sense of responsibility among the elected representatives and uphold the spirit of teamwork so that the work culture in the government improves and the works undertaken are expedited and completed on time (See the list on Page 3). 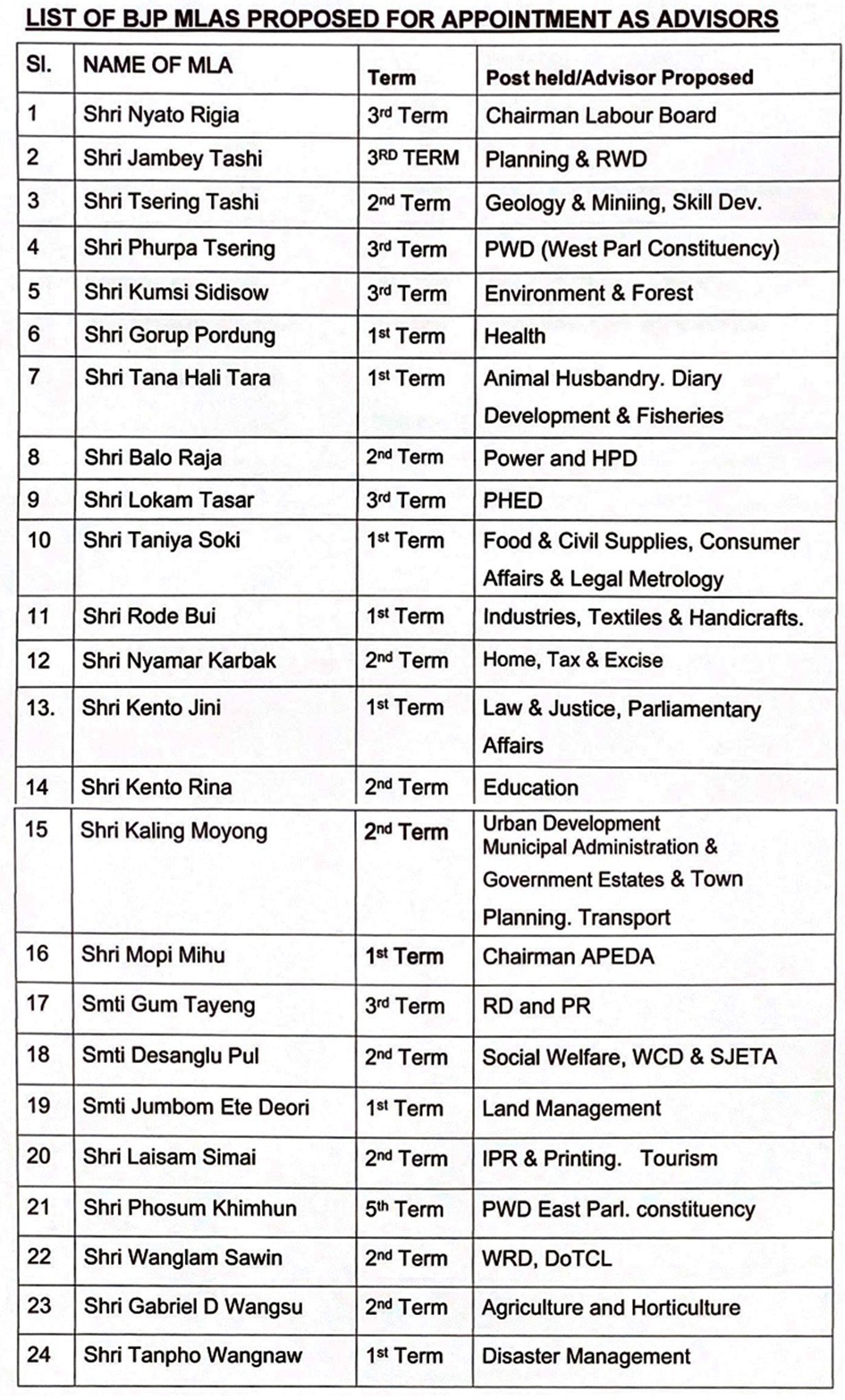