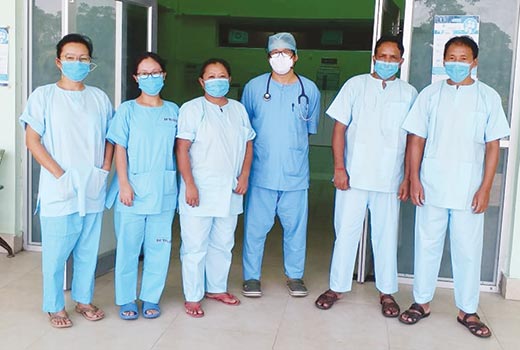 The first surgery was carried out on 16 October on a 38-year-old woman by a team of doctors, nursing officers and supporting staff from Bakin Pertin General Hospital here. She had been referred from Upper Siang HQ Yingkiong, and was admitted to the hospital on 15 October.

On Saturday, two more LSCS surgeries were carried out. One of the patients is from Pasighat while the other is from Aalo. All four are reported to be doing well.

DMO Dr Kaling Dai congratulated the team for saving the lives of the mothers and the babies, risking their own lives in a pandemic situation. “Their guts and grit have set a benchmark and reignited the true spirit of serving the people in need,” he added. (DIPRO)