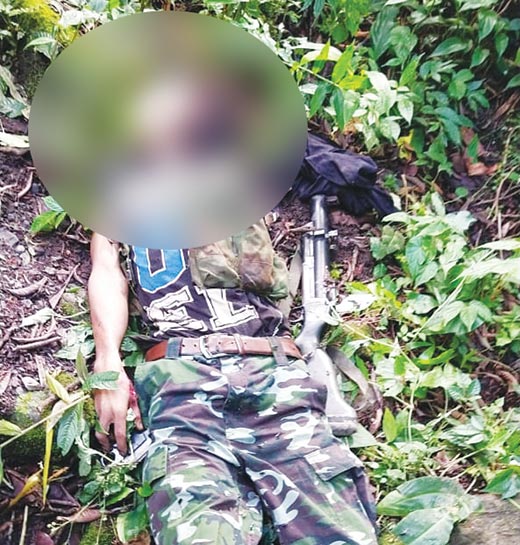 ITANAGAR, Oct 17: A self-styled (SS) sergeant major of the NSCN (K-Y), identified as Ganjom Wangsa (30), of Longkai village in Longding district, was killed in a joint operation carried out by the Longding police and Khonsa (Tirap)-based 6th Assam Rifles (AR) on Saturday.

According to Longding DSP B Tangjang, the police and the AR launched the operation in an area between Wakka and Chongkho village on receipt of inputs from sources.

“The incident occurred between 4 and 5 am, when they spotted four operatives of NSCN (K-Y) in the said area. The operatives were told to surrender. However, they began firing and the security forces and the police retaliated, in which one operative was killed,” the DSP said.

The dead body was brought to the Longding CHC and the inquest and postmortem were conducted. The body was later handed over to the relatives.

Ganjom Wangsa was reportedly involved in extorting ‘house tax’ and money from traders and businessman of Longding district.