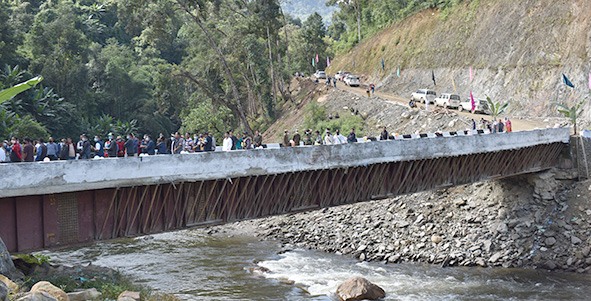 Felix said that the bridge over the Panyiu river will connect several villages in Nyobia circle and provide passage to Parsi Parlo circle in Koloraing assembly constituency, while the bridge over

the Panyiu river will connect Nyobia circle with Sangram circle and will support thousands in their movement.

“It was my commitment to the people of my assembly constituency that I would give priority with regard to connectivity and other important infrastructure development, which include electricity, power, water supply, education and health. I am putting my effort in all sectors but need the cooperation of the public,” Felix said.

Earlier in the morning, a team of officers visited the water treatment plant and the inspection bungalow in Langrh village in Nyobia circle.