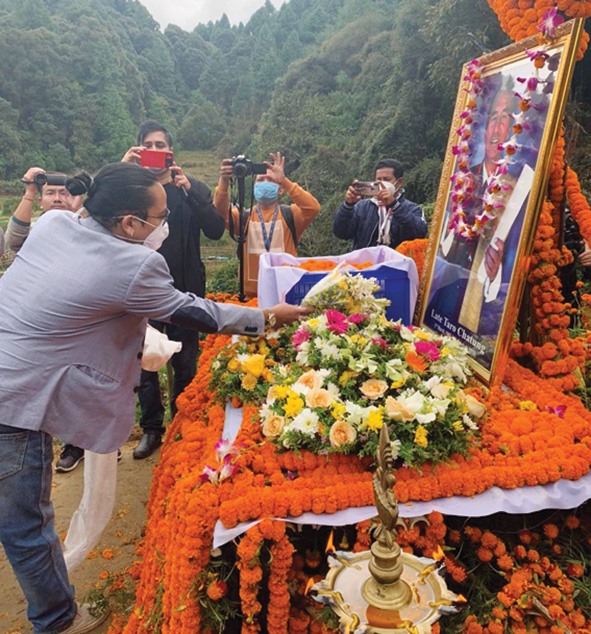 ZIRO, Oct 27: The state’s press community, along with family, friends and admirers of late Taro Chatung observed his first death anniversary at Kilya village in Lower Subansiri district on 26 October in a humble but befitting manner.

The gathering offered floral tributes and paid their respects to the departed soul.

APUWJ president Amar Sangno recalled Chatung as the pioneer of journalism in the state, and asserted that “his legacy will be carried forward by the members of the state press community.”

RGU Mass Communication HoD Moji Riba spoke about his professional experience with Chatung and said Chatung was the man “who not only popularized the concept of journalism in the state but also introduced the filmmaking culture in the state.”

Describing Chatung as being very dedicated and passionate towards his work, Riba advised all concerned to imbibe the qualities of late Chatung.

Several other speakers also shared anecdotes and their experiences with Chatung.

The anniversary was also observed at the Arunachal Press Club. It was led by APC advisor Taba Ajum and AEDMA general secretary Sangge Droma.