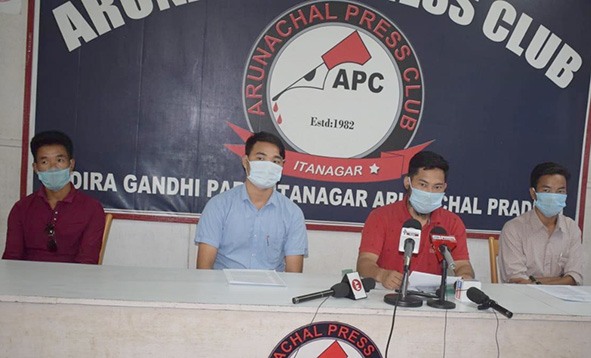 ITANAGAR, OCT 28: The All Puroik Students’ Union (APSU) on Wednesday highlighted several drawbacks in the appointment of chairperson, vice chairperson and board members of the Autonomous Puroik Welfare Board (APWB) and sought new appointments for the same.

Addressing reporters here at the press club, APSU president Sipa Yachu claimed that “the chairperson had no grass-root knowledge of the problems faced by the Puroik community, and appointing some of the busiest officers, such as principal secretary and Home commissioner was a failure as it did not result in the development of the Puroik community.”

“Despite creation of the board and allocation of funds, there has been no annual action plan, no budget provisions in the last three years (2017-2020),” Yachu said, adding: “four chairmen have been appointed in the past three years, but there is no headway in activities because of lack of objectives or policies to uplift the Puroik community.”

The APSU also demanded that the state government consult with the community members before appointing members to the board.

The union claimed that the tenure of the previous body of the board which was formed in the year 2017 had already expired in May this year and the new one is yet to be formed. It said that various representations for appointment of the new body has not materialised.

“There has been no action to our representations. The file gets stuck in the SJETA office,” Yachu said.

Informing that “even members are randomly appointed among people who are not even qualified for the job,” he claimed that one Biki Siji from the community, who had already died was also made one of the members of the board.

“How can they appoint people blindly?” he said.

Further, claiming that there was no salary for board members and that only Rs 9,000 along with TA/ DA per meeting was given as allowance to them, Yachu said that “proper salary should be given.”

“They have to go to many far-flung areas to check on the status of the community. How can they do that with mere Rs 9,000? All of the other autonomous bodies have proper salary structure for everyone, so there should not be discrimination against Puroiks,” he added.

“It has been four months, but he has not been given the charge. His career is at stake,” he said.

“If this continues, where will we go and seek help,” the union president asked, adding that the community has waited long enough for justice but will now “start agitating” if the government continues to be indifferent to them.

The union has also submitted a memorandum to the governor and chief minister’s office in this regard and other issues related to the board and its poor functioning.