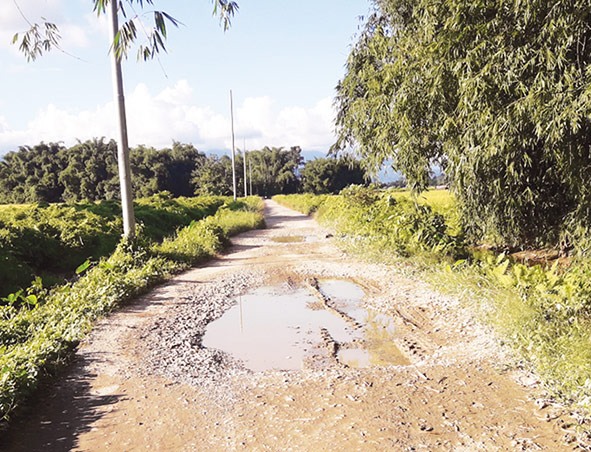 PASIGHAT, Nov 2: The Sille-Yagrung road in East Siang district, which has been lying unrepaired for the last several years, has worsened after the recent monsoon.

The worn-out road is filed with large potholes, creating immense problems for the commuters. Moreover, recurring flashfloods has led to further deterioration of the road.

The 10 km rural link road was developed with NLCPR funding five years back.

Officials informed that the department sought funds for repairing the 10 km long road but the amount was not sanctioned.

In a recent development, a scheme worth Rs 3.40 crore under the Prime Minister’s Gram Sadak Yojana (PMGSY) has been approved for complete renovation of the road.

The Pasighat RWD division has already floated a tender, seeking technical bids for the road scheme.

On being contacted, however, the Pasighat RWD executive engineer was reluctant to disclose the details of the PMGSY road scheme, stating that the department is yet to finalize the road repair process.