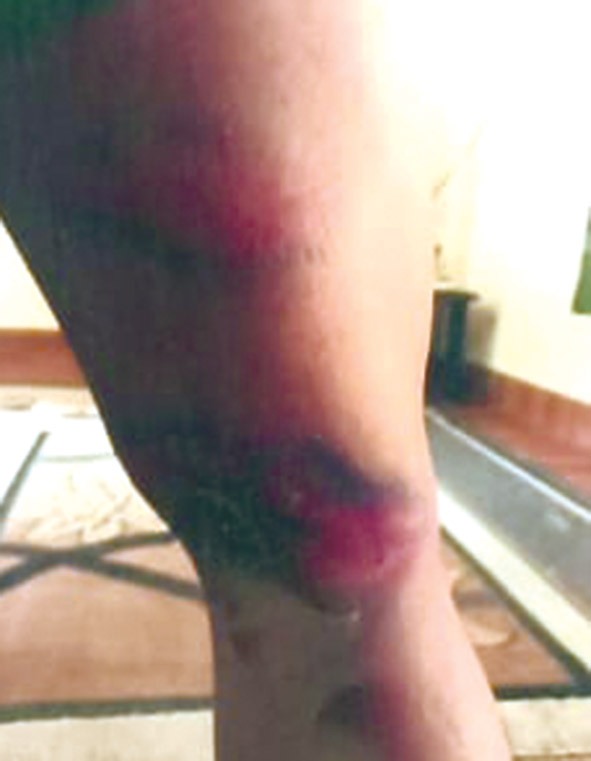 ITANAGAR, Nov 10: A complaint has been lodged at the police station here against an IRBn jawan for brutally assaulting a civilian.

The complainant, one Laffe Paffa, of Upper C Sector here, in his complaint letter dated 3 October claimed that one IRBn jawan, Sonam Namge, brutally assaulted him inside the police lockup after his vehicle had been in an accident near the police station here on 1 October.

According to Paffa, on 1 October, at around 10:45 pm, while driving down from C Sector, he lost control of his vehicle due to a sudden brake failure. In order to avoid an accident, he hit an electric pole near the Itanagar police station.

Later, on-duty ITBP personnel brought him to the police station, where the IRBn jawan went on to hit him in the head and all over his body with a cane repeatedly.

“He dragged me into the cell, snatched my mobile phone and brutally assaulted me. I was beaten till I lost consciousness inside the cell. There was no complaint against me and no duty officer or officer-in-charge of the Itanagar police station had given any direction to the IRBn jawan to assault me but I was still beaten mercilessly.

“Later, when I asked them to take me for a medical examination as I was in unbearable pain, the said IRBn jawan brought me to the RK Mission Hospital. He again punched me and threatened to kill me if I informed the medical examiner about the assault,” Paffa claimed, adding that he could not even inform his family about the incident as his phone had been taken away by the police.

Paffa also accused Sub-inspector AK Singh, who was the duty officer that night, of “abetting the constable in the commission of the offence.”

Paffa was released at around 1 am on 2 October.

He further claimed that, despite his having submitted complaint letters to the ICR SP and the DIGP and lodging an FIR at the Itanagar PS, “the authorities have failed to take stricter action against the said erring IRBn jawan and the officer in charge (OC).”

He went on to allege that the IRBn jawan and the OC were charged under lenient sections of the law and not under appropriate punitive sections as per the offence committed.

“To my utter shock, the OC PS Itanagar has charged the alleged constable under lenient sections vide Ita PS Case No 212/2020, u/s 325/506 IPC, 1860, which are bailable in nature. Whereas, OC Itanagar PS ought to have been booked for causing grievous hurt with weapon or means. Such act of charging disproportionate punitive sections to associate personnel is a compromise of the integrity and impartial attitude of the capital police, which is very unfortunate,” he said.