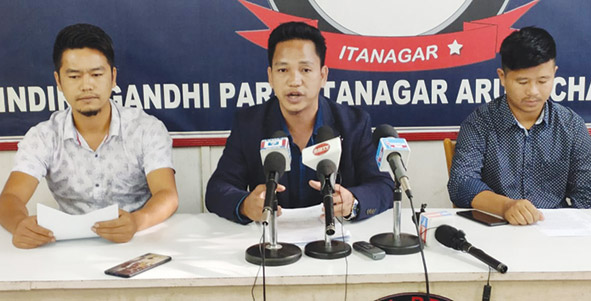 ITANAGAR, Nov 11: The United Arunachal Indigenous People’s Forum (UAIPF) has sought the deletion of “double votes” from the voter’s list.

Addressing reporters here at the press club on Wednesday, UAIPF president Laffe Paffa appealed to the authorities concerned to follow and maintain the policy of ‘one person, one vote’.

“It is observed that a voter of home constituency enters their name into another constituency without deleting/ removing their name from the previous list, causing the growth of double votes”, he added, while appealing to the concerned authority “to closely monitor such illegal acts.”

“The influx of voters from non-APST areas into the territory of various constituencies also creates a negative impact and leads to the selection of wrong leaders,”Paffa said, adding: “Arunachal Pradesh is a tribal state where election provides a way for the tribal voters to choose their leaders and ensure that the will of the tribal people is reflected in the elected candidate.”

A memorandum in this regard has also been submitted to the offices of the chief electoral officer, governor and chief minister.