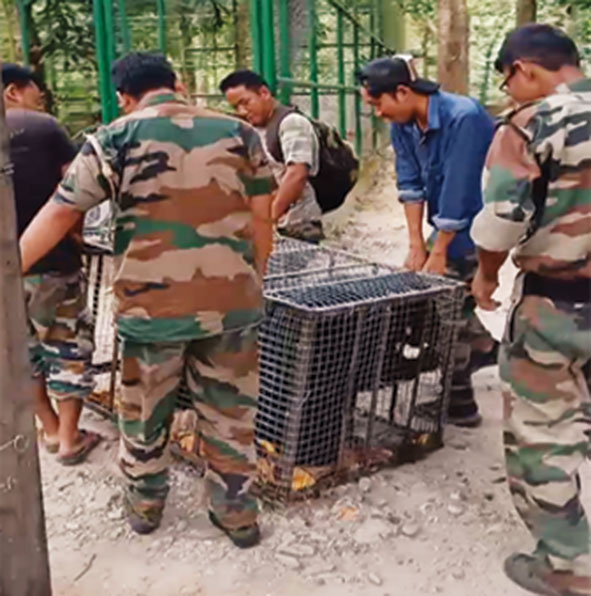 Later, the villagers handed over the bear cubs to the Tawang forest division.

The rescued cubs were further sent to the Bear Rehabilitation Centre under Pakke Tiger Reserve by Tawang Range Forest Officer Tage Haniya and his team.

Tawang DFO Sange Tsering appreciated Rho villagers, especially former gaon burah Karma Sangey for their cooperation in taking care of the cubs and for their love for wildlife.

The DFO advised the villagers to not rear any wildlife and to inform the department of any such cases in future for effective rehabilitation.