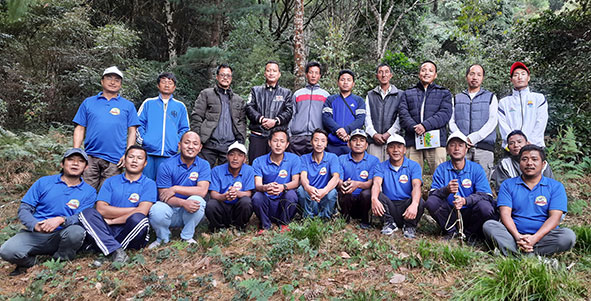 ZIRO, Nov 25: A team of officials from the research department visited the historical Pamu Yalang (Hawk’s rock) at Mando hill of Bamin Michi village in Lower Subansiri district for research purpose on Tuesday.

Pamu Yalang is famous for its ideal location. One can have a 180 degree view of the entire Ziro valley from this historical rock.

As per mythology, once the hawk’s rock stood quite high and hawks would build their nests there. But the fierce battle between the spirits Asang Korlang and Aha Korlang shattered the rock into small pieces.

It is believed that all the sacred rocks which are located at deferent locations were separated from Pamu Yalang.