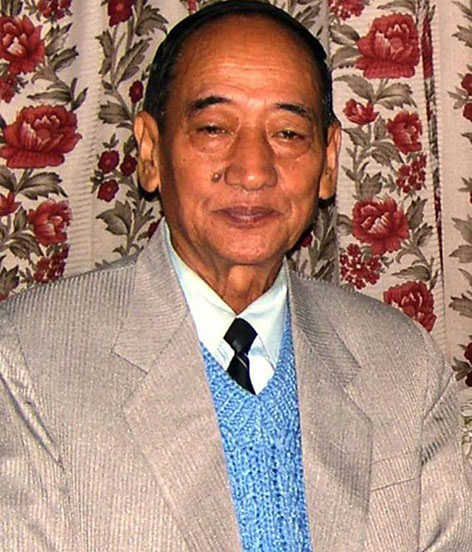 ITANAGAR, 4 Dec: Educationist Protik Potom passed away in Itanagar on 3 December after a prolonged illness. He was the state’s first director of higher & technical education and a former member of the Arunachal Pradesh Public Service Commission (APPSC).

Potom is survived by his wife, two sons and three daughters. His mortal remains were laid to rest on 4 December at his residence in Itanagar.

Born on 1 February, 1944, in Sala-Potom village in West Siang district, Potom was a great academician and a good administrator, the DHTE stated in a condolence message. “His services have been recognized and rewarded from time to time by the state and the central government along with many NGOs,” it said.

The officials and staff of the DHTE prayed for eternal peace of the departed soul, and for strength to the bereaved family.

The APPSC also expressed condolences to the bereaved family and prayed for eternal peace of the departed soul.

The Arunachal Vikas Parishad (AVP) also mourned Potom, who was a former president of the AVP. Members of the AVP observed a two-minute silence as a mark of respect to the departed soul.

“Late Potom was known for his dedicated service and punctuality wherever he served and remains an inspiring figure of the society,” it stated in a condolence message.

“In his demise, the Galo community has lost a senior citizen, a true patron, an institution of wisdom and honesty, a renowned educationist, a social worker, a philosopher and a guiding light,” the GWS said, and offered prayers to the almighty to bestow strength on the bereaved family to bear the irreparable loss.

The Galo Peoples Federation [GPF] has also deeply mourned the demise of Potom and offered condolences to the bereaved family.

“In his demise, the Galo community has lost a true son of the state as well as entire Galo community. The void created by his death shall always remain unfilled,” the GPF said, and prayed for eternal peace of departed soul.

“In his demise we have lost a first-generation educationist and pioneer in the growth and development of education in the state in general and the KKWS and the Lodu societies in particular,” the organizations said.

“He was not only an academician of great repute but a thorough gentleman and firm social worker who worked constantly for preservation of the indigenous culture and faith,” they said.

“The legacy left behind by him is unparalleled and society will continue to draw inspiration from his works and continue to follow his footprints,” they added.