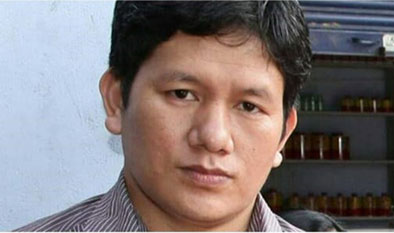 DAPORIJO, 6 Dec: The alumni association of the government higher secondary school (GHSS) here in Upper Subansiri district has deeply mourned the untimely demise of Dr Nanak Murtem at the age of 44 years after a prolonged illness.

Originally hailing from the undivided Upper Subansiri district, Dr Nanak had permanently settled down in Kerala and was practicing his profession from his ‘Subansiri Clinic’ in Parathode town in Idduki district for the last 12 years, informed alumni association chairman Dosh Dasi.

Dr Nanak was a former student of the GHSS here. He did his MBBS from the Government Medical College, Kottayam, and worked at various hospitals in the country, before finally settling down in Parathode, Dasi informed.

“He preferred to settle down in Parathode as the place and weather conditions are similar to homeland Arunachal,” Dasi quoted Dr Nanak’s wife as saying.

The alumni association conveyed heartfelt condolences to the bereaved family and prayed for eternal peace of the departed soul.