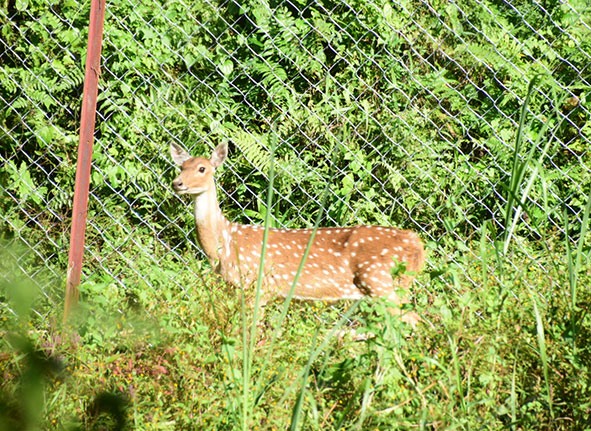 Zoo veterinarian Dr Sorang Tadap and curator Raya Flago, along with the Itanagar zoo staffers received the animals and put them into the newly constructed enclosures safely. The animals will be quarantined for a month.

The spotted deer, also known as chital deer and axis deer, is native to the Indian subcontinent.

“The addition of these beautiful animals in our inventory will attract more visitors after the opening of the zoo to the public,” said Biological Park Director Joram Dopum.

Altogether eight live animals were transported from Guwahati to Itanagar, loaded in two trucks and a zoo ambulance, under the guidance of FVO Dr Deepjyoti Deka along with five animal keepers.

Meanwhile, the authorities of the Itanagar zoo informed that they are planning to bring more animals in the future, such as rhinoceros, black panther, white tiger, peacock and emu from other zoos under the animal exchange programme.