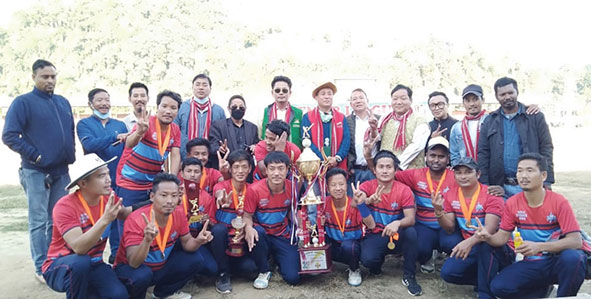 DAPORIJO, 10 Dec: The month-long Dapo Premiere League cricket tournament, which saw the participation of 19 teams from across the state, concluded on Wednesday with Rising Star Cricket Club winning the tournament.

The tournament was organized by a group of youths under the chairmanship of Made Haging.

While distributing the prizes to the various prizes winners, Tadu Bayor, who attended the closing ceremony as the chief guest, urged the players to “never give up the spirit of sportsmanship and keep playing games and sports to maintain good health.”

He also said that games and sports make the younger generation focus on sports, instead of spending their time on drugs and antisocial acts.