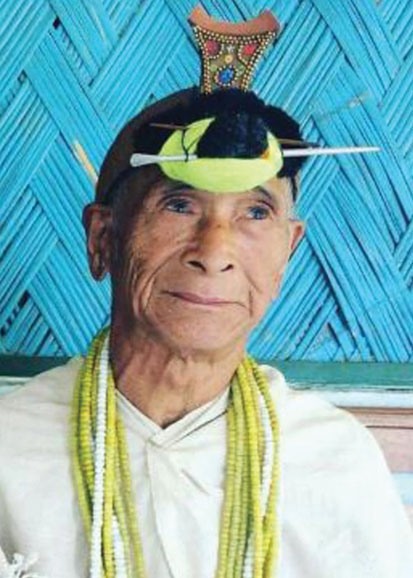 SAGALEE, 19 Dec: Nabam Takey, father of APCC president and former chief minister Nabam Tuki, passed away at the age of 75 after a prolonged illness at the Apollo Hospital in New Delhi at 3:30 pm on Saturday, informed former minister Padi Richo.

He is survived by three wives, six sons and seven daughters.

Born in Ompuli village in Sagalee subdivision of Papum Pare district, Takey had served as a gram panchayat member of Ompuli for three terms. He was also the head gaon burah from 1978 to 1990.

Takey was a successful father. One of his sons and sitting MLA Nabam Tuki has been representing the Sagalee assembly constituency for the last 30 years consecutively, and became the 7th and 8th chief minister of Arunachal, Richo said.

“Takey and my father Padi Lailang were close friends since their childhood,” Richo, who is also the general secretary of the North East Congress Coordination Committee and a former APCC president, said.

“We extend our deepest condolence to the bereaved family of Takey,” Richo said, and prayed for eternal peace of the departed soul.

Takey’s mortal remains will arrive in Mohanbari, Dibrugarh, on Sunday and then be brought to his native village Ompuli, where his last rites will be performed on 21 December.

The All Nyishi Youth Association (ANYA) expressed profound grief over the sad demise of Takey.

ANYA general secretary Bengia Tada, on behalf of the association, conveyed heartfelt condolence to the bereaved family and prayed for peace of the departed soul.