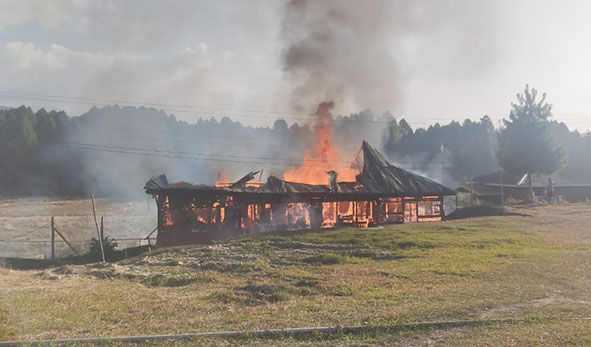 ZIRO, 20 Dec: The official quarters of the principal and the vice principal of the VKV here in Lower Subansiri district were reduced to ashes in a fire incident on Saturday at around 2 pm.

Nothing could be saved as the quarters were locked and the teachers and the staffers were not present at the time of the incident.

The fire brigade and people from the nearby areas doused the fire before it could spread further to other quarters.

Reportedly, the fire was caused by an electrical short-circuit. (DIPRO)