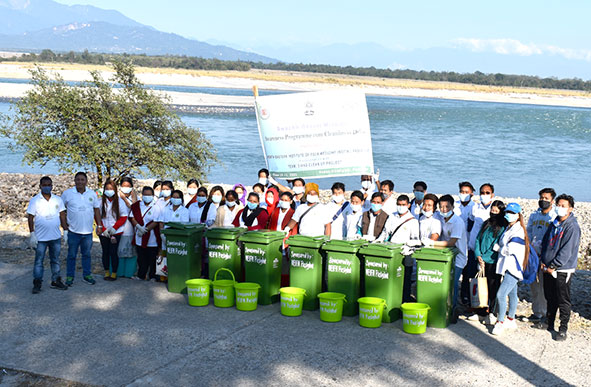 PASIGHAT, 29 Dec: The North Eastern Institute of Folk Medicine (NEIFM) here in East Siang district organized an ‘awareness camp-cum-cleanliness drive’ under the Swachh Bharat Abhiyaan here, in coordination with the Siang Clean up Project on Tuesday.

The Siang Clean up Project is a group of likeminded students studying in different parts of the country.

The entire stretch of the bank of the river Siang at Komligath was cleaned during the drive. Dustbins were also installed on the bank of the Siang and public places in Pasighat township.

He said that the NEIFM will undertake more such programmes in Pasighat and its peripheral villages.