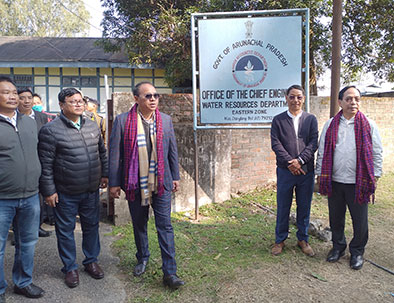 MIAO, 18 Jan: Sports &Youth Affairs Minister Mama Natung on Monday visited the state sports academy here in Changlang district and announced that the academy will be set up permanently in the town.

The minister, who was on a two-day tour here, also visited several locations where welfare works are underway and inaugurated several buildings.

Accompanied by local MLA and UD Minister Kamlung Mossang, Natung visited the mini zoo in Miao town in the morning and interacted with the zoo officials and staffers.

and Neotan in Namphai-I circle and inaugurated the newly constructed buildings of both the schools before returning to the state capital.