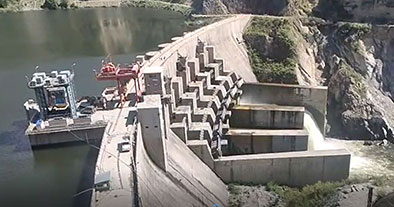 With this, the NEEPCO has successfully achieved the synchronization of all the four 150 mw units of the region’s largest hydropower plant, said a NEEPCO release.

The power developer had commissioned Unit 1 and Unit 2 of the power plant during June/July, 2020 and Unit 3 earlier this month.

“The power plant is the largest hydropower plant commissioned in the Northeast so far and is expected to completely change the power scenario of the region,” the release said.

Besides many northeastern states, Haryana, Uttar Pradesh and neighbouring Nepal are the other power purchasers from the plant, the NEEPCO informed.

The plant has been constructed in a highly challenging geographical part of West Kameng district having extremely poor geology of young fragile Himalayas.

It has two large dams, the farthest being around 78 kms from the powerhouse, 14.5 km long head race tunnel, 3.75 km long pressure tunnel and penstock and four generating units of 150 mw each.

The plant has one of the most challenging construction features in the world. It feeds power through a 400 kv double-circuit transmission line to the national grid. The plant is designed to generate 3353 million units of clean electrical energy annually.

“The construction of the plant posed many unprecedented challenges in the past. However, it picked up huge momentum under the leadership of present NEEPCO CMD VK Singh, who has 31 years of experience in developing hydel projects,” the release added.