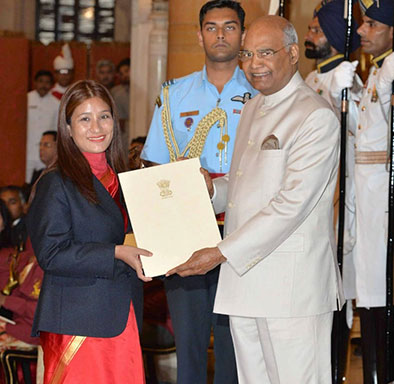 She will be decorated with the Padma Shri award along with Padma Vibhusan and Padma Bhusan awardees by the president of India in a function at the Rashtrapati Bhavan in New Delhi.

I humbly accept the award, which is one of the country’s highest civilian awards bestowed on me for my accomplishments as a mountaineer.”

“I dedicate my Padma Shri award to the Indian Mountaineering Foundation and the mountaineering community of India,” she said.