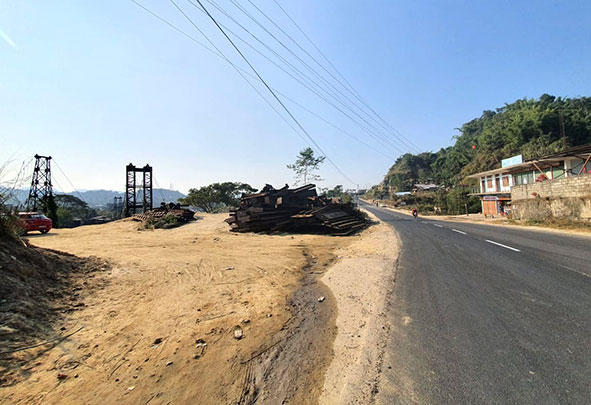 ITANAGAR, 30 Jan: Itanagar MLA Techi Kaso has expressed serious concern over the delay in releasing the design of the launching tower for the construction of the Borum-Helipad bridge in Naharlagun by the office of PWD chief engineer (design and planning).

Speaking to the press here on the sideline of the inauguration of a ring road, Kaso alleged that, because of the inordinate delay in releasing the design of the launching tower, the construction of the bridge has been halted.

“More than 90 percent of steel materials for the bridge have arrived at the site. The contractor is waiting for the release of design to start work. First the launching tower has to be constructed, and after that the remaining work will start,” Kaso said.

He blamed PWD Chief Engineer (Survey, Investigation, Design & Planning) Atop Lego for the delay. “He is taking so much time to approve the design. I have appealed to him many times and even personally went to his office to meet him. But he does not respond,” Kaso alleged.

Kaso said that, left with no option, he had to recently knock the door of Deputy Chief Minister Chowna Mein. “The DCM had a word with him over the phone. After that, CE Lego assured to provide the design by February. So, here we are, waiting for him,” said Kaso.

The Borum-Helipad bridge, being constructed by the PWD, is a very important infrastructure project to ease the massive traffic snarls in Naharlagun. This bridge is in the pipeline for the last many years but is yet to be completed.