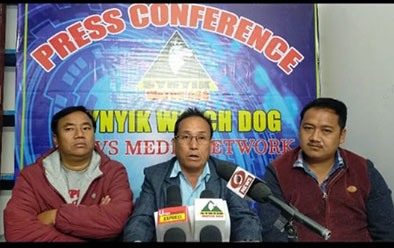 DAPORIJO, 30 Jan: The Upper Subansiri District Cricket Association (DCA) has announced a 15-member squad for the second one-day 50-over Tado Kholi Inter-district Cricket Tournament to be held from 4 to 18 February in Doimukh in Papum Pare district.

The team, to be captained by Michael Payeng, includes some of the best players of the state, like Kumar Nyompu, Yorjum Sera, vice captain Takar Paza and Minbom Mosu.

“While Nyompu had represented the state team in the Syed Mushtaq Ali Trophy held recently, Sera represented the state in the Vinoo Mankad Trophy in 2018 under the 19-category. He secured third in the bowling ranking for his five-wicket haul in the tournament,” informed DCA president Dosh Dasi in a press conference here on Saturday.

Tadak Esso and Ha Taki are the coach and manager of the team and J Taluk Gab is the physiotherapist.