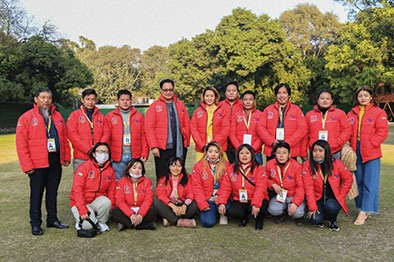 The event was organized with the motive of strengthening the relationship between Union Territory Ladakh and Arunachal through such joint venture.

Thereafter, the rally moved to Kargil district, covering 456 km, where the rallyist and the officials were received by the Kargil DC and SP. The rally returned to Leh on 30 January.

Earlier, speaking during the inauguration, CEC Gyalsan lauded the IFCRA for organizing the event despite the harsh and cold climatic conditions of Ladakh. He hoped the event will strengthen the bond between the people of Arunachal and Ladakh.

Additional Private Secretary to MoS for Youth Affairs and Sports, Komjum Riba called for building a stronger relationship and culture exchange between the people of Arunachal and Ladakh.

The event was sponsored by the Ministry of Sports Youth Affairs and the department of youth affairs, GoAP.