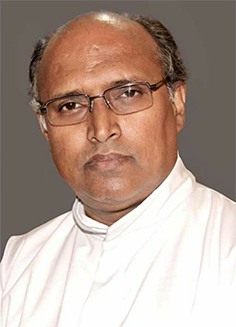 ITANAGAR, 4 Feb: In an unfortunate incident, the body of father Cyriac PC of St Mary’s church was found hanging in his room here on Wednesday.

Police sources informed that the father died by suicide according to preliminary investigation. The sources said that information regarding the death of Fr Cyriac, aged 61 years, was received on 3 February, at around 9:20 pm.

His absence was noticed when he did not attend the evening prayer, and his colleague found his room locked from the inside. Later, his body was found hanging from the ceiling fan.

The police said that Executive Magistrate Likha Radh, Itanagar SDPO Kamdam Sikom and PS OC Phassang Simi rushed to the spot and conducted preliminary inquiry. The police stated that the actual cause of death can be ascertained only after investigation is completed. An unnatural death case (u/s 174 CrPC) has been registered at the Itanagar police station, the police added.

Father Cyriac was a very prominent figure among the Christian community in Itanagar. He was the former youth director of the Don Bosco Youth Centre (DBYC) in Vivek Vihar.

Fr Cyriac was born on 19 April, 1962, to late Lucka Kurian P in Kuravilangad, in Kottayam district of Kerala. He became a member of the Salesians of Don Bosco on 24 May, 1984. He became a priest on 4 January, 1994. He was the founder director of the DBYC in Tirap HQ Khonsa.

Meanwhile, the Arunachal Pradesh Catholic Association (APCA) expressed shock at the sudden death of Fr Cyriac. In a statement, the APCA said, “We have lost a loving and caring father, a wise and intelligent guide, a friend of the poor and downtrodden, and a devoted and dedicated missionary.”