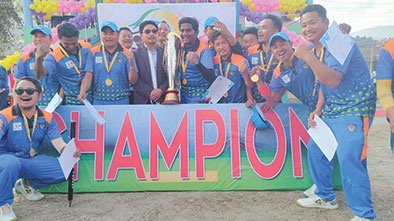 Kamyo Taku of DC XI was named man of the match. Ojing Ngukir of Kameng Cricket Club was adjudged man of the series and the highest wicket taker of the tournament. (DIPRO)