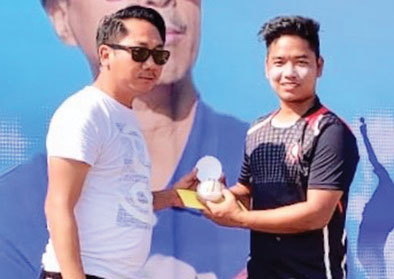 Bagra was adjudged man of the match for his five-wicket haul.

Opting to bat first after winning the toss, Tawang set Papum Pare a target of 133 runs to win.

In reply, Papum Pare achieved the target in the 25th over, losing four wickets.

Techi Neri of Papum Pare, who scored 49 runs with five boundaries and one over-boundary, was declared man of the match.

East Kameng chased down the narrow target of 54 runs in 21.5 overs, losing four wickets, to register a six-wicket victory over Tawang in the PDCA ground here in Doimukh.

Tawang won the toss and opted to bat first.

Sam Alams of East Kameng, who claimed six wickets, conceding only 26 runs from seven overs, was adjudged man of the match.

Upper Subansiri, who won the toss and opted to bat first, were restricted to a paltry 43/10 runs in 18.1 overs.

Karkir Taye of Lower Siang was declared player of the match. He took four wickets and conceded 15 runs. His 6.1 over spell also included a maiden over.