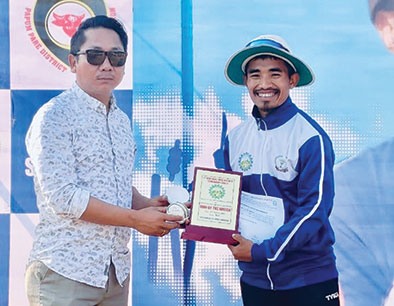 Opting to bat first after winning the toss at the PDCA ground in Kolma, Kurung Kumey posted a target of 232/6 in 50 overs before Upper Subansiri to chase down.

Kurung Kumey’s Lalit Gahlot was adjudged man of the match for his 110-run knock from 111 balls, which was studded with 10 fours and a six.

At RGU ground, East Kameng almost pulled off the target but fell short two runs when their last batsman was dismissed.

Likha Sonia of Lower Subansiri was adjudged the man of the match for his all-round performance.

Sonia took six wickets, conceding 32 runs from his 10-over spell, which also included a maiden over. He also contributed 36 runs to his team’s total.