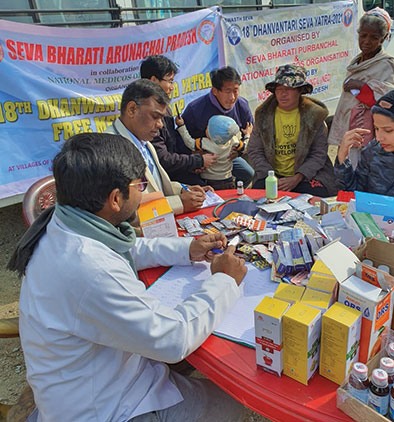 ITANAGAR, 13 Feb: More than 600 patients from East Kameng and West Siang districts took part in the medical camps conducted during the Seva Bharati Arunachal’s 18th ‘Dhanvantari Seva Yatra’, which was organized in collaboration with the National Medicos Organization from 9 to 11 February.

In total, 250 patients attended the camps in East Kameng.

The health camps in West Siang were conducted by another medical team, where 390 patients were treated.