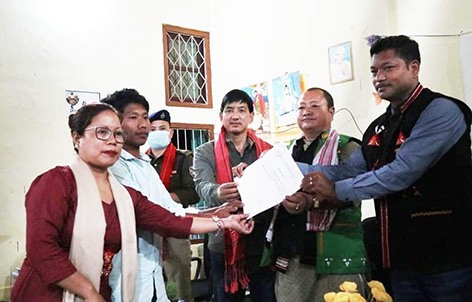 Pongte was all praise for the NGO for rendering services to bring back drug addicts to the mainstream of the society to live a normal life.

Pongte and Tagak distributed snacks and fruits to the inmates of the centre, which was followed by the issuing of discharge certificate to a recovered patient.

Earlier, CMHWS chairperson Sontung Bangsia apprised the visiting dignitaries of the problems being faced in running the de-addiction centre due to shortage of beds.

The centre has only 10 beds, but considering the number of addicted persons in the district, an additional 10 beds will be required to accommodate the inmates coming from different parts of the district, she said.

Bangsia said that the required additional 10 beds, including for the female ward, couldn’t be managed due to fund constraints.

She also informed that 33 inmates have so far been discharged from the de-addiction centre after recovery and 10 inmates are in the recovering stage.