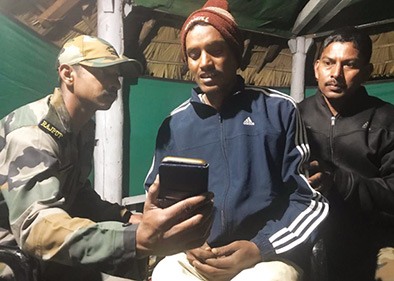 MIAO, Feb 28: A young man from Madhya Pradesh (MP), who was missing since the beginning of the national lockdown last year from his hometown Harda in MP, has been found here in Changlang district.

The person with poor mental health condition was staying near a temple in Miao ever since he reached here, informed Captain Debanshu Chauhan of the Miao battalion of the Indian Army.

The battalion contacted the Harda DC Sanjay Gupta and SHO RK Chauhan, and ascertained the identity and address of the missing man.

Since then, Indian Army officials are in regular touch with the man’s mother, relatives and police in Harda. The man will be shortly flown to New Delhi, where he will be handed over to his family members.

The mother of the missing person has expressed deep gratitude to the security forces for going beyond the call of duty to reunite a poor mother with her lost son.