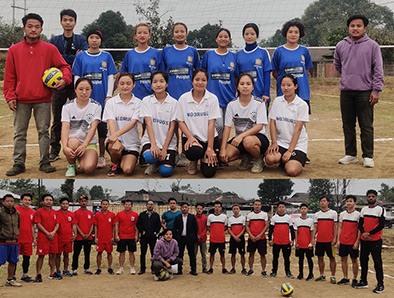 PASIGHAT, 1 Mar: K11 and ALBRSU teams became champions of the Open Volleyball Tournament, 2021 in the boys’ and girls’ category, respectively.

Bogong II ZPM Ogam Mengu and Mirem Komut (GS mandal) attended the closing ceremony. Both Mengu and Komut spoke on the importance of sports. Later, the duo gave away the prizes to the winners and runners-up. (DIPRO)