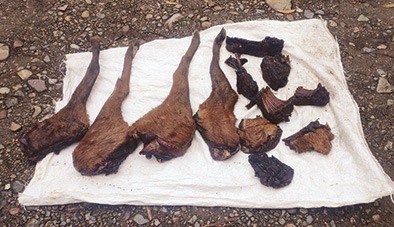 PASIGHAT, 6 Mar: A team of frontline staffers from the Pasighat range office, headed by FRO O Jamoh, seized the carcass of a hog deer from the daily market here in East Siang district on Saturday.

He also informed that many locals have already surrendered their air guns to his office and his office has already initiated activities to encourage surrendering of air guns in the district, with the cooperation of the East Siang unit of the Adi Baane Kebang.

Later, the carcass was burnt after conducting official formalities, and the case is under investigation.