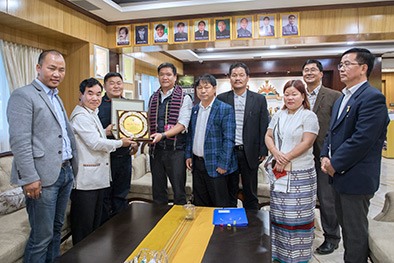 ITANAGAR, 8 Mar: A delegation of the Mishmi Welfare Society (MWS), led by its chairman, advocate Matheim Linggi, called on Chief Minister Pema Khandu at the state secretariat here on Monday.

The members of the delegation thanked the government under the leadership of Khandu and DCM Chowna Mein for bringing various developmental projects, especially road communication, which they said has totally changed the scenario of Mishmi Hills.

During the meeting, a cordial discussion on various issues pertaining to the Mishmi inhabited districts was held.

Later, the MWS chairman, while submitting a memorandum, apprised the CM of the various issues of Lohit, Dibang Valley, Anjaw and

The chief minister assured to address the issues, according to a statement from the MWS.