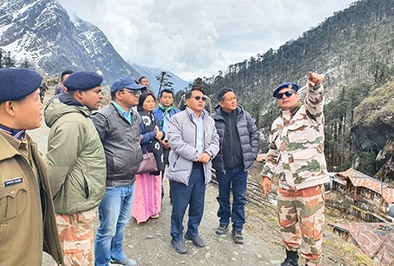 During the interaction, the ITBP personnel briefed the speaker and the minister on the road’s condition and other issues pertaining to development of the border outpost.

Both Sona and Lowang lauded the army and ITBP personnel for not only bravely guarding the nation in such extreme conditions, but also for extending help to the civilians in the border areas. The duo suggested to them to work in coordination with the civil administration with regard to any issue pertaining to the military and the civilians.

Earlier, Sona and Lowang visited the Yarlung outpost en route to Lamang and interacted with the ITBP personnel there. (Speaker’s PR Cell)