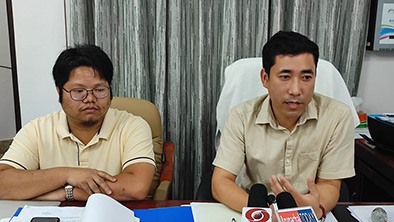 ITANAGAR, 25 Mar: The Arunachal Pradesh Staff Selection Board (APSSB) on Thursday cleared the air on the confusion created by the result notice of the exams for lower divisional clerk (LDC), junior secretariat assistant (JSA), storekeeper/stockman, etc, which were declared on 24 March.

Some candidates/persons on social media (SM) had questioned the inclusion of the same roll numbers of the provisionally shortlisted candidates in multiple posts after the results had come out on Tuesday.

Subsequently, on 20 December, 2019, an addendum was issued by the APSSB, wherein the three categories of candidates were deemed eligible for the posts of record keeper, record clerk, computer operator and stockman.

“The board wants to make it clear that the fresh exam held on 21 March, 2021 was a common recruitment exam and the merit list is based on that single exam and the preference box selected by the candidates while applying for the posts,” the undersecretary said.

“If a candidate has done well in the written test and has selected multiple posts, it does not mean that they will be selected for all the posts. The skill test is scheduled for 28 March and our portal is open till 5 pm of 27 March for candidates to select their preferred post, during which they also upload their documents.

The selection of the candidates will first be based on them qualifying the skill test and as per their merit and preference,” Tamo said.

OSD to APSSB Bittu Kri said that “the confusion must have arisen because the advertisement is old.”

“If a candidate had applied for two posts then they have received two IDs. Regardless, the candidates are permitted to be selected for the posts of record keeper/stockman. The same has been mentioned in their admit cards,” Kri said.

Both officers made it clear that the results declared on 24 March by the board is only a provisional shortlist of candidates for skill test and document verification and not the final merit list.

According to the advertisement of 20 December, 2019, “The candidates who had applied for the posts of LDC or JSA earlier shall be deemed eligible for the posts of record keeper/record clerk/computer operator and stockman.”

In the same advertisement, it was further notified that “The APSSB shall hold a common recruitment examination for the post of LDC, JSA record keeper/record clerk/computer operator and stockman being similar in pay scale, classification, requisite education qualification and mode of recruitment. However, the educational qualification for stockman is graduate for non-APST and Class 12 for APST and no skill test shall be required for the post of stockman only. Preference of post/department shall be taken from the candidates who qualify the written exam and skill test (wherever applicable) after the declaration of final result on the basis of merit-cum-preference.”

The candidates will have to qualify in the skill test for the post of LDC, JSA, record keeper/record clerk/computer operator and hence the candidates were shortlisted in the ratio of 1:3.

The newly appointed board members have already conducted two other exams and have made the answer keys available for those exams on their web portal apssb.nic.in.

“All the required answer keys will be made available after the skill test on the board’s web portal,” they assured.

On whether there would be fresh exams for the posts of UDC as the Special Investigation Cell (SIC) had found the involvement of a few people in said exam, the undersecretary informed that “it is for the government to take a call on further course of action.”

Reportedly, the previous board had already recommended the UDC candidates for appointment when the issue of malpractice was raised and subsequently found by the SIC.

Although Chief Minister Pema Khandu had assured a few days earlier that he would meet with the APSSB regarding the UDC exam, there has been no meeting regarding the same.