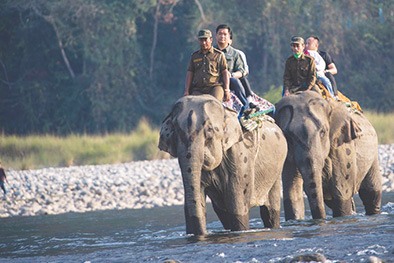 MIAO, 26 Mar: Chief Minister Pema Khandu admitted that human encroachment on the Namdapha National Park (NNP) in Changlang district is a big concern, and assured to take immediate action for removal of encroachers from the core area of the park.

He gave the assurance on Thursday while on a review visit to the national park on the second day of his tour to eastern parts of the state, after the park authorities apprised him of encroachment on 30 sq kms of the core area of the park.

The issue was also echoed by local legislator Kamlung Mossang. An urgent request was made by them for protection of the national park.

The NNP is not only an important park of the state but also of the nation due to its biodiversity and its being home to four big cats in an area of about 1,985 sq kms.

Khandu assured that the state government would provide full support for the upkeep and protection of the park.

The park authorities briefed the CM on the significance of the NNP, which is home to four big cat species – tiger, leopard, snow leopard and clouded leopard. It is also home to the Hollong tree, the state tree of Arunachal.

In the last leg of this tour, Khandu will be travelling by road to Vijaynagar, becoming the first chief minister of the state to do so.