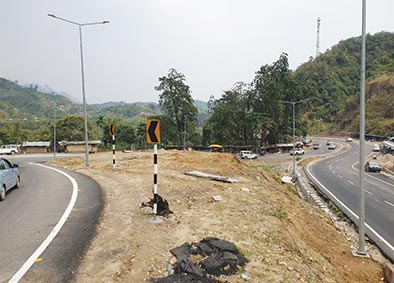 ITANAGAR, 31 Mar: The people of Modirijo, living here in between Zero Point Tinali and Papu Nallah, have appealed to the state government to construct a park on a portion of land on the NH 415 located at the Modirijo turning.

As per residents, the land is currently lying vacant in the middle of the newly-constructed four lane highway.

A few months ago, some anti-social elements reportedly tried to illegally encroach it but the administration managed to remove them.

“The land should be properly used by constructing a beautiful park on it. It will add to the beauty of the NH 415. If it remains unused, land grabbers will definitely try to encroach it,” said a local of Modirijo.