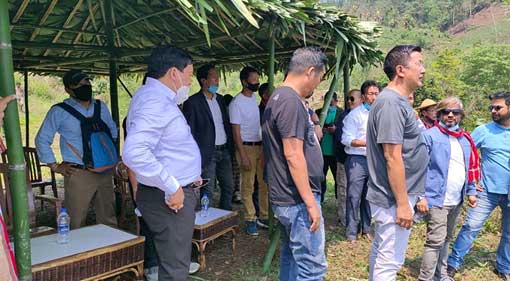 The team, which was also accompanied by Tourism Secretary Sadhana Deori, Tourism Director Abu Tayeng and Itanagar Capital Region TDO Leena Perme, visited the Subansiri river’s bank, where some upcoming central schemes like development of a cafeteria, a ropeway and river rafting are supposed to start.

Prabhakaran Sati informed that the central team is visiting many places of the country to verify the feasibility of tourism schemes’ implementation.

Sati further said that there are certain norms and guidelines which need to be followed before recommendation of tourism schemes for further proceedings.