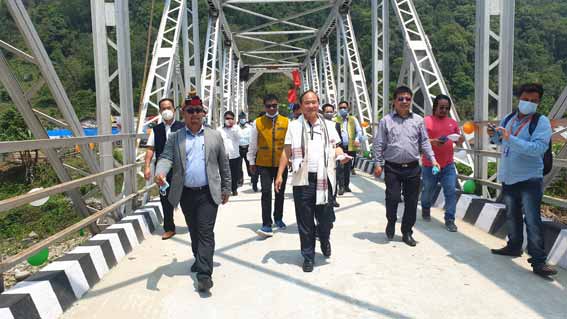 “More than 13 such bridges have been constructed in my assembly constituency and a few others remain. I am hopeful that the rest will be taken up soon,” he said while dedicating the bridge to the people of the state.

He appealed to the people not to damage infrastructure created for public service.

Regarding the government engineering college in Toru, Tuki said “though construction activities were delayed, it has now picked up pace.” He was hopeful that the college will come up soon.

Further, he informed that infrastructure work of the Women’s ITI has also been completed and the principal of the institute has been posted.