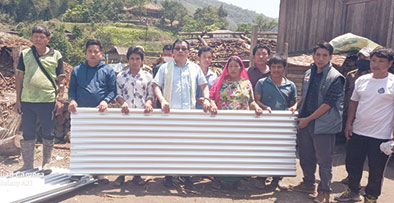 YINGKIONG, 24 Apr: At least four houses were reduced to ashes and three more were partially damaged in a fire that broke out in Sumsing village in Geku circle of Upper Siang district at around 4:30 pm on 23 April.

Geku EAC Olom Panggeng reported that the cause of the fire is yet to be ascertained but there was no casualty. However, the fire damaged properties including traditional beads and ornaments estimated to be worth several lakhs of rupees.