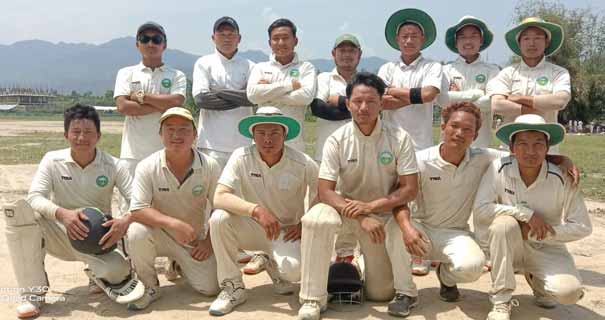 DOIMUKH, 29 Apr: Doimukh Cricket Association defeated Itanagar Cricket Club by 57 runs in the 3rd test match and claimed the series 2-1 at the PDCA ground in Emchi here on Thursday.

Winning the toss and opting to bat first, Doimukh Cricket Association could not get the momentum against the bowling attack of Itanagar Cricket Club and scored 160 runs in 45 overs with all wickets out.

In the second innings, Itanagar Cricket Club could not last against the bowling attack of Doimukh Cricket Association and was able to score 157 (all out) in 48.3 overs.