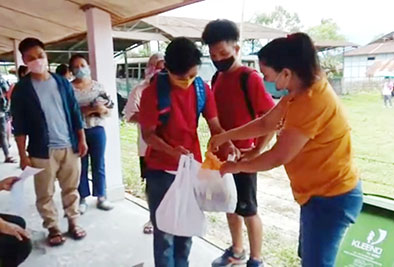 Rations were provided to a total of 521 students, including six from Assam and one from Odisha, as they were facing hardship in managing food items due to the restriction on movement of people

imposed by the administration as part of the Covid-19 containment measure, said the AAPWU’s East Siang unit president Mipet Tayeng.

The food items, including rice and vegetables, were contributed by the members of the union.

On Friday, the union’s functionaries distributed fruit juice among the sanitary workers of the Pasighat Municipal Council.