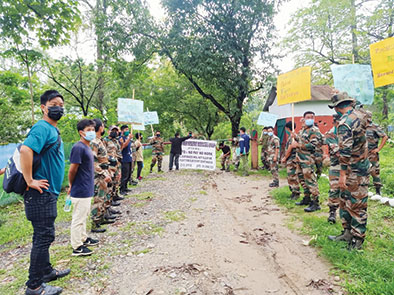 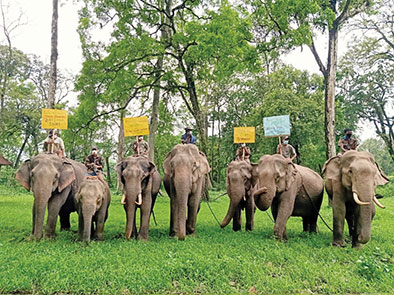 ITANAGAR, 9 Jun: Temporary employees of the Pakke tiger reserve (PTR), under the banner of the Pakke Tiger Reserve Workers Union, are on a ‘no pay, no work’ strike which started on Wednesday at the DFO’s office in Seijosa in Pakke-Kessang district.

The employees, numbering 202, have not been paid by the state government, even though the government of India had released the fund in January.

They were last paid in November 2020.

The workers say that they will continue with the strike until their demands are met. The workers are also demanding regularization of jobs and monthly payment of salaries.

The employees had proposed to go on a strike in April, seeking release of wages, but following an assurance from Forest Minister Mama Natung that the wages would be released, the protest was postponed.

Speaking to this daily, one of the workers said that they approached everyone in the government but no one took them seriously, following which they were left with no option but to protest.

“We are worried about the park,” said another one, adding that the state government should release the fund at the earliest.

As reported earlier, the state government has not released the second installment of the funds received from the Project Tiger division of the union environment, forests & climate change ministry and the state’s matching share of 10 percent.

In March this year, the National Tiger Conservation Authority (NTCA) had written to Arunachal’s Chief Secretary Naresh Kumar, seeking release of the funds allocated to the tiger reserves.

The NTCA letters were reportedly marked to the PCCF instead of to the finance department, which has the central fund parked with it. The fund is supposed to be released within two weeks from receipt of the funds from the NTCA.

The forest department says that it had written to the finance department, seeking release of the funds, in January for the second installment, but was told to seek the funds after the first quarter of the financial year.

“These details were not noted down, but the file was returned, since the state has no funds,” an official of the department had told this daily in April.

The forest department had written again to the government for release of funds in April.

An official said that it would take at least a week before the finance department gives “financial concurrences and expenditure authorization” for onward submission to the tiger reserves.

The grant-in-aid is not given to the reserves directly, as it is routed through the finance department of the state government.

The state government had also delayed in releasing the first installment of the central fund and the state’s matching share. It released the funds between October 2020 and March 2021 for the three tiger reserves.

Meanwhile, the protesting employees said that no one from the govt or the forest department has reached out to them.